Keep pushing and take some risks 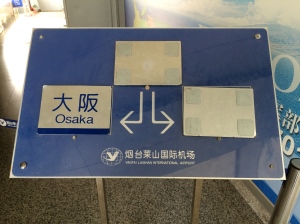 Getting closer to the last four legs of the 10 City Bridge Run has presented its own challenges. The cost of living and travel to UK, Canada and US are significantly higher than the Asian cities where most of my time has been spent to date.

By itself, that ought to not be cause for concern, except that I am travelling on a very tight budget. Extending myself increases risk, and to a point that is not acceptable.

My earlier intention was to travel through New York to run on UN Day, 24 October. But it was a bridge too far, as it were. On 22 October this week, I was clear this wasn’t going to happen.

I held on to the possibility of achieving this plan of running in New York as scheduled until the afternoon before the day I was due to travel. The last safe moment. By then, it was clear that not only was I not going to make it to New York on 24 October, but because that is where my focus had been my preparedness for a contingency was only lightly developed.

There have been enough delays since 2010 with faltering attempts to start the journey. I was well aware of that. This was a stunt to inspire the imagination, not a catastrophe.

I don’t propose to apologise for a changing schedule. Yes, there are ways this initiative could have been better executed. But guess, what? This is me..

I’m flying to Seoul tonight, arriving in time for UN Day, but arriving at the airport, I recognised I was not prepared to run. Physically I am good. But the preparation on the ground is not as it should be.

24 October had become a distraction. Yes, it is good for the narrative. But no one really gives a second thought to the date. I will use this opportunity to get better organised, connect with a wider network I have yet to engage.

Seoul is a great city to run in. Let’s go, get organised, and enjoy this run.