A Choice: Failure Or Learning (Chapter 10) 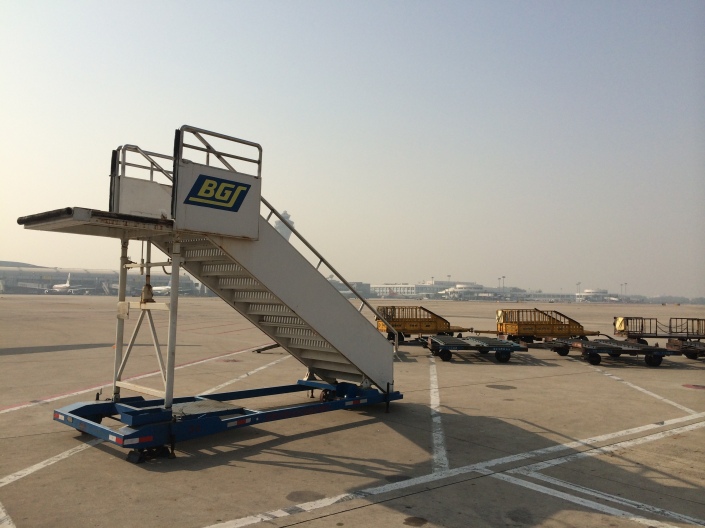 I completed the running phase of the 9 City Bridge Run in Sydney which was the final leg of nine cities. I was exhausted, in every respect. Physically, financially, but mostly emotionally. I had taken some hits, and still knew I hadn’t come anywhere near close to making any impact of importance.

I was stunned at how badly I had executed. Lacking sophistication is part of the journey. It is always tempting to look at the finished product of superstars only to think that they had always been like that. Few people are so good that they never had room for improvement. Trying to define a linear path for any epic endeavour is almost impossible because of the likely and necessary interference from resistance and serendipity. The vision you possess must be robust and resilient, but how you get to your objective will be influenced by factors which at the beginning you cannot know.

Such journeys can be cringeworthy in hindsight because they are so lumpy. The early stages of trying anything are never as polished as when endeavours mature. But don’t forget that even children in their innocence are known for their beauty. So can we agree right now to no longer be embarrassed at the less than glamorous moments during our own growth, but to embrace the journey and all that it brings.

The worst part looking back on the 9 City Bridge Run was the absence of engagement with others compared to what I knew to have been possible. I had travelled across the globe on a mission to address one of the most pressing social issues facing society today, and how deeply had I engaged? I knew people were willing to help, and I knew people cared. But unless they are given a chance to participate, how can they know?

While I was away, I remember speaking with some of my friends who I was working on a volunteer project with back in Sydney. At the end of one of our teleconference we had for that the project, they signed off saying: “have a good vacation!” Even those looking from the outside who I knew reasonably well had no idea of what I was doing. Combined with the disappointing input I had received from the organisation I at first had set out to support, I ended up feeling sheepish about sharing what I was doing. I had started a blog, but didn’t know enough about the interwebs to really know how to share it. In this regard, the journey had began badly and gradually worsened with every day that passed.

At the conclusion of this quest, I had a wealth of knowledge from my reflections and reading along the way that I knew to be worth sharing. But because of the dismal performance of my attempt to create a noteworthy stunt, I felt embarrassed about sharing this. It took me many months until I was able to document my reflections into a discussion paper, and then to share this at a public forum in Sydney.

All of this was essentially my fault. There was no one else to blame.

There was a public forum in the end, and it was hosted with the help of many people with some great speakers. But what if everything I touched had turned to gold, and the endeavour was a sequence of stage-managed perfection? I believe that is the risk of getting things right. There is value in experiencing the rawness of having to push through. As terrible as the experience was, it has brought me to this point now where I am glad to be sitting in front on the keyboard writing these reflections for you.

At every moment, no matter how bad what came before or the situation you are faced with at that time, we have a choice. Not only do we have a choice, but we are the only people who are able to make that choice. It is our choice. We can make that choice in collaboration or consultation with others, but we must be responsible for our part in that decision.

This is a critically important point. I later came to realise that too many people outsource this responsibility to the weight of cause-related marketing programs. We are suckers for the institution, and the institutions are counting on that being the case. This doesn’t mean that institutions are bad. It just means that we need to remain vigilant and aware of the preciousness of our own autonomy in making up our mind.

The reason this is so important on a personal level is that this is the threshold through which we turn at a signpost in a direction of either growth through learning or defeat through being crushed by failure.

Backswing comes into the equation when we forfeit our responsibility, or we are too embarrassed by what we regard as a worthless performance that we chose not to share our opinions with others.

We need to get over our selves. Failure is part of life, and part of the process for improving.

3 thoughts on “A Choice: Failure Or Learning (Chapter 10)”

I love this…”But don’t forget that even children in their innocence are known for their beauty. So can we agree right now to no longer be embarrassed at the less than glamorous moments during our own growth, but to embrace the journey and all that it brings.” Tara Brach’s loving kindness approach to ourselves would see us saying to ourselves even adults in their humanness (maybe innocence) are known for their beauty…and then see us find that signpost and make our choice, even if we have to keep remaking it and work hard to find our resilience and search for the path. I love too that you’ve been a remarkable role model for resilience. You didn’t have to be perfect or have the perfect journey to touch many and have impact, maybe more than is apparent. Which isn’t to say that as a “quality” geek and fellow specialist in being human that I don’t appreciate the opportunity for reflection and improvement! And again how great that you’re prepared to share it.

Interested to know how widely that same sentiment is shared by others Trish. Not that this is a popularity contest (after all, I should know after the journey I have been on!) but hope others find value in this as much as you have so helpfully expressed.

So many touch points from these journeys…I know for people who engaged in the design course we appreciated our own re-connection and working together, the learning about the context and design and getting new skills. So many tendrils…I wonder what the taxi driver felt and what he may have told people…actually would be good to hear about how it has impacted people!