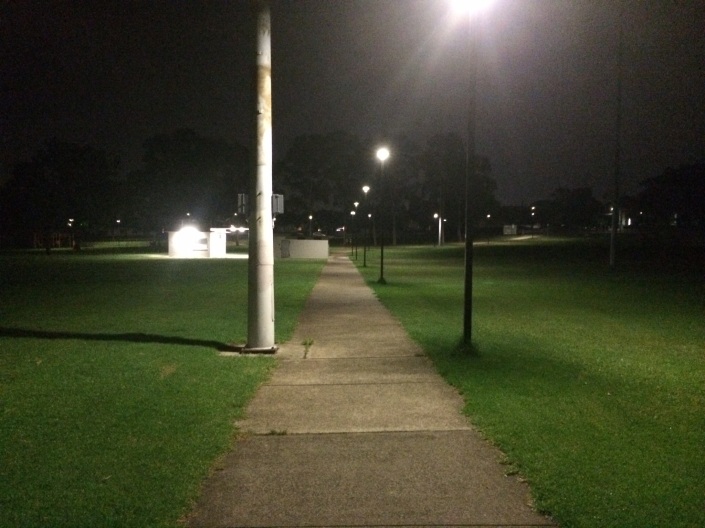 Sometimes the best place to begin a story is at the beginning.

It is a long way from the beginning as I look back across the past decade which has framed this journey. In telling this story, I am seeking to unpack an idea about failure and the role that failure plays in our journey to make meaningful change happen. Through this self-reflective journal, I hope that you too can find some space to examine your own endeavours.

What is this quest about exactly, and why did it become personal? I ended up undertaking a global endurance challenge to examine what an individual could do to impact pressing unmet needs. Circumstances dictated that this is how the journey unfolded. It wasn’t planned to go on for a decade, and certainly my intention had been to wrap things up a long time ago. It is not the length of time that has made this epic, rather it is the unfolding nature of this story which saw both opportunity and hardship seeking to thwart my resolve to continue.

How I arrived on this epic journey is told through the chapters that follow. I have come to believe that the circumstances that lead us towards wanting change to happen are maybe as important as our desire to make that change happen itself. For change to occur there needs to be deep-seated resolve fuelled by equal parts of passion mixed with an insatiable dissatisfaction in the status quo. My biggest point of self-criticism is that I began not knowing much about what I was wanting to change.

Why did this become personal? The truth is that my preference was to have the support of an institution. And it wasn’t for the lack of trying that no relationship formed where I could have sublimated my own personal engagement to their brand. If I had been successful in winning the support of an institution, it would have been an uneventful journey by comparison. I ended up being left with no option but to explore the role of the individual, and that individual at the time was me. Consequently, this journey because intensely personal.

I remember one time in London during this process, I think it was 2012. I came out of the Underground near Southwark where I had found some cheap accommodation for the additional night that I was in the city. That was during the messy and clueless phase of this journey, where I knew I had taken on a commitment which at that point in time had no idea how I was going to resolve. The issue was about child survival, this is the unacceptably high levels of mortality among children under the age of five. At that time, I was still only beginning to explore the edges of this problem. I had been fortunate insights through previous travel to have visited many countries where child mortality was a real problem. I went to those countries for other reasons. I was not there to ‘kick the tyres’ of the problem. Whether we like it or not, serendipity is always our companion.

I came out of the Tube station as was confronted by a “chugger”, a word that combines two other words: charity and mugger. You might have been intercepted by one of those representatives of a large charity on the street, seeking to persuade you to make an ongoing monthly commitment on your credit card. This person I encountered was from UNICEF, a key organisation charged with the responsibility to address problems confronted by children. Addressing child mortality is central to their role.

At that time, I had no credit available on my credit card, and in reality had almost no money. Embarrassingly, I was living in poverty myself. This was all the while attending some pretty fancy engagements with some great minds and change agents on the global stage whom I respect greatly. I couldn’t have been living a more divided life between what the public saw and my personal reality. No one, not even my family, knew of my poverty. It was one of those times that you know you just have to keep moving forward even though it seems completely ridiculous to plan anything due to the absence of resources. If you have been in this situation, and many have, then you will know what I am talking about.

I had earlier in those past years engaged with UNICEF and a number of other leading global charities to seek some way of opening a conversation towards partnering along this journey. I was unsuccessful, and probably because I wasn’t clear enough in what I was asking for. This is a classic example of backswing: opening the conversation but without the punchline to drive home a successful resolution.

The chugger was unaware of any of this. All she saw was a man in a suit who might just be her next target. I politely listened to her pitch about child mortality, and then respectfully asked her a few questions. I felt almost sickened by the absence of any knowledge of either UNICEF or the issue which she was presenting. She wasn’t to blame. In effect, she was just doing a job. But it did cast a serious question in my mind about the behaviour of large charities in this field.

I hold no grudge towards the institutions, and my later reticence to engage with institutions in preference to a focus on the individual was not entirely the creation of earlier rejection. But my experiences had left me questioning whether charities were nothing more than efficient fundraising machines that used their stories of social change as sophisticated marketing ploys.

There was one exception to the rejections I received from the large institution. An organisation called Save The Children provided a glimmer of hope, but all because of one person that made a difference. I can understand that large organisations become guarded because of the relentless barrage of fundraising requests they must receive, but this too must be balanced by their own acceptance of risk for endeavours that might be successful as much as they might be a complete waste of time. Much later in this book I examine this concept of backswing in relation to the institution.

This one person had become the human face for a global organisation. She was just being her own authentic self, but her kindness sent ripples of hope throughout my world more than she will ever know. Change making is far too important to be left to the gatekeepers. We are missing out on a rich vein of innovation. Can we do better as individuals and institutions? I believe we can.

No one sets out to be mediocre, but there it is! The decision to make a difference that will measurably change things is a daily and conscious choice that we all must make. The ease at which we can slip back into mediocrity cannot be underestimated. We must constantly resist taking the path towards mediocrity.

Many people and experiences shaped this journey. Some good, and some bad, but ultimately all worked for good. I’m not going to lie: it wasn’t pleasant. Homelessness and hunger really suck.

There are a lot of people to acknowledge who were of immense value as mentors along the way. Without these guides and without these difficulties I encountered, I would have ended up with an outcome that might have been prettier, but not as beneficial for my development. I now have something of value, but only if it is shared. Importantly, and while it has taken much longer to achieve, I am also closer to being able to influence a problem than I ever was before. But to do that, I need your help. This is the paradox of the individual taking action. They must have the assistance from others in order to succeed.

I am certain that you won’t agree with everything I write. I encourage you to read with a critical mind as I explain how I see things. I would agree heartily that there might have been a far better and easier way to do what I was seeking to accomplish. But this has become a story about the process of journey, not the cleverness of efficiency. It is not a celebration of incompetence, but rather recognising that to hit the ball, we must first strike out many times as we master our authentic swing. Understanding backswing is important if we are to become big hitters.

4 thoughts on “Setting the scene: A personal quest (Chapter 3)”

You’re so generous in sharing the personal challenges of this journey and boy does it add to the richness, so often we only hear the glossed over story focused on the successes. There is something truly special about the humanness of this journey (for all of positive and negative impacts on you) given its focus is so very human-centred.

Digging deep, every step of the journey!

There’s another charity called Mahboba’s Promise. Mahboba is speaking at a Harvard Alumnae Women and Power event I am running on 9 May in NSWPH. I have a ‘daughter’ called Bahara who lives in Hope House, Kabul who I sponsor through this charity. Changing the landscape of Afghanistan one small life at a time. Come along on the 9th.

By the way you are a good writer.

Thanks! Always great to get feedback. Another 97 chapters for this story to unfold!