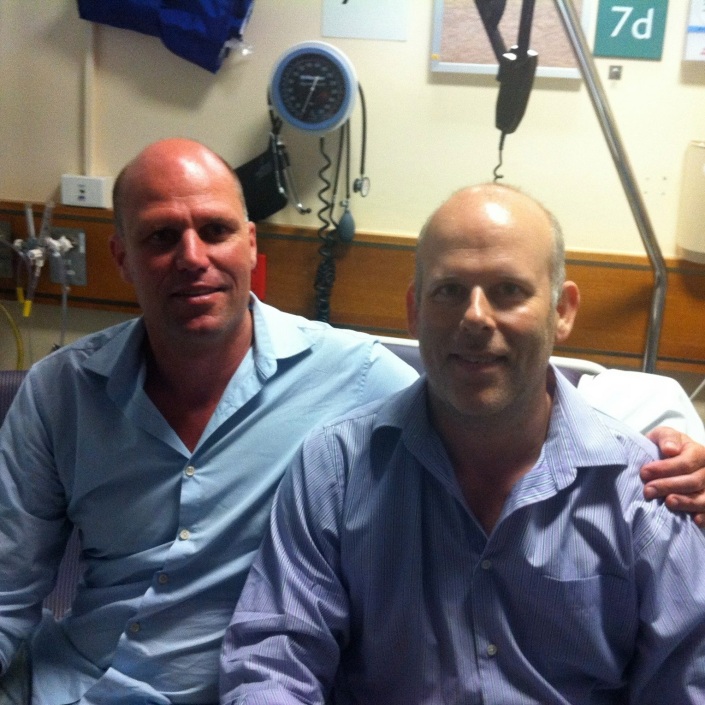 Personal relationships are often messy. This can be especially true for families. Families are imperfect, and at the same time incredibly unique.

We literally share the same DNA with members of our family. There are memories forged from very personal experiences that bind us together. The enduring personal stories of family differ from person to person. For some, these are treasured recollections but for others the marks of deep scars.

Regardless what has gone before, families are those relationships we can always return to without the need for explanation. The bonds that tie families together are stronger than we realise, and this only become fully known in the difficult times.

While the dilemma of how I should proceed with the 10 City Bridge Run was unfolding, there were bigger issues at stake that demanded my attention. Given that I was seeking to embark on the 10 City Bridge Run, the obvious problem to address was that of child mortality, a situation that mattered more than whether I was able to run in 10 cities within Sydney let alone the world. But a more pressing and immediate problem was soon to overshadow the world of my family.

2011 proved to be a long and slow year. I felt sheepish about the intention I had for the 10 City Bridge Run, and this seemed more like a mirage now than any sense of credible dream. I am able to tell how much I was invested into this quest at different times by looking at the blog archives. It shows that between April 2011 and March 2012, I posted a total of zero blogs. No activity in 10 months. I was stuck.

Even though my father was the first supporter of the homespun crowdfunding campaign I had initiated, I felt unable to talk with him about the difficulties I was facing related to knowing what to do about this journey. It was a time of feeling like a complete failure. I didn’t have the means to move forward, and it didn’t make sense to back out because it would been an admission that the problem was beyond solving.

At the beginning of the new year in 2011, I received a call from my brother which helped to put this situation into perspective. We had a respectful relationship, and we cared deeply for each other as brothers even if this wasn’t reflected on the frequency of phone calls between us. His voice was confident, but he spoke with more of a sense of urgency than normal.

During the phone call he went on to explain that he was about to go to the Peter MacCallum Cancer Centre in Melbourne where he lived for some tests and observation. After noticing some unusual bruising on his skin while pruning trees in his garden the day before, he went to the doctor as a matter of precaution. The doctor quickly referred him to have further tests conducted, as he had correctly diagnosed that my brother’s health was threatened.

My brother explained that he might have some form of leukaemia. Leukaemia! It struck me that I didn’t really know much about this disease other than it was bad news. He asked if I would come down to Melbourne from Sydney at the earliest opportunity to have a blood test in case I had a positive match as a person who could be a stem cell donor should that be required. A few hours later, I was sitting in a plane flying to Melbourne.

Arriving in Melbourne, I went straight to the hospital. My brother looked unbelievably relaxed and focused on working toward a solution. At this point, I was able to see the deep reserves of courages innate to my brother that were not displayed during the routine of everyday living. He explained more about the disease which had been diagnosed. I was amazed at how much information the doctors could tell him already, and how quickly the medical system was responding with him already having been in to have his blood washed, and shortly due to repeat the procedure again.

He explained why a stem cell donor might be necessary during the treatment for leukaemia and that members of a family, especially siblings, are likely to have a higher chance of matching because of the shared DNA. Later that afternoon I sat in a treatment room awaiting a nurse to take a blood sample. I was expecting the worst after hearing the details from my brother, and remember flinching as the nurse lanced me with the syringe to extract blood. I felt incredibly sheepish when seconds later she turned her back walking toward a counter upon which she would deposit my blood sample. “You can relax now”, she quipped cheekily.

It turned out that my blood was not the match my brother was looking for, but the good thing was that we both knew that neither of us would hesitate to help the other in a time of crisis. It was a sobering moment for myself and the whole family.

I left Melbourne after farewelling my family, buoyed by my brother’s defiance over the diagnosis which had been handed to him. He confidence in the medical system was reassuring, and I was thoroughly impressed knowing that whatever was to happen he was in very good hands.