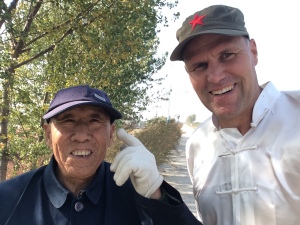 We are going to experiment with different process, platforms, and formats.

Platforms for collaborative exchange. There are many and this is just the start. So let’s begin with Google Hangout. There will almost certainly be some platforms that have better features, and some are suited to other tasks better than others. Part of the conversation will be working out what tools work best, and also how to coordinate the involvement of people together so that collaboration can occur optimally. This is not a simple question, and will involve trail, testing and error.

Process for problem solving and engagement. We will adopt a variation of Design Thinking known as Human Centred Design. We can play around with that as there are many variations, and it can develop and become modified according to our need. But neither should this become doctrinaire or a distraction from the task at hand. The process, much like the platform, is a tool, not a silver bullet.

The format for the Design Forum to be adopted is a little more involved. Roughly speaking, a framework of a hackathon is what I have thought might be best to adopt, but there are many different ways of executing a hackathon. We can look at other initiatives and model the best they offer. Creativity and invention that we also bring to the table are important to combine with what we like best in the work of others we model. Some start points could be among the following, where ‘the best of’ is combined for optimal value:

This list is far from exhaustive. The aspiration ought to be that the final Design Forum in Seoul brings together the best of what we have created together to generate meaningful impact as the next steps to make a difference in improving the delivery of child survival.

The 2015 Fuller Challenge gives us a guiding framework as to how to ‘measure impact’ for both the Design Forum and the outcomes of what flows from the next nine months activity. The culmination of the Introduction to Human Centred Design course which examines the process of Design Thinking will be close enough near completion when the Fuller Challenge is due, and this will both give us some clarity of how coherent our plan for the following nine Design Forums is towards meeting an objective, as well as a credible timeframe to gather together a team who are share a similar passion towards pursuing a question about child survival.

Here is a little bit about the inspiration behind the Fuller Challenge:

Buckminster Fuller led a prolific life of research, invention and social engagement, a practice he called comprehensive anticipatory design science. He established a set of rigorous design principles and ecological aesthetics. Fuller’s intention was to design new systems in which all of humanity could live lives characterized by freedom, comfort and dignity without negatively impacting the earth’s ecosystems or regenerative ability. He emphasized that the technology and knowhow exist to successfully surmount global challenges and advocated the creation of strategies that “do more with less” by increasing the overall performance of the resources invested in a system.

In all of this, when the size of the beginning might seem small compared to the juggernaught of institutional activity which typically defines this space, we would do well to remember the words of Margaret Mead:

“Never doubt that a small group of thoughtful, committed citizens can change the world; indeed, it’s the only thing that ever has.”